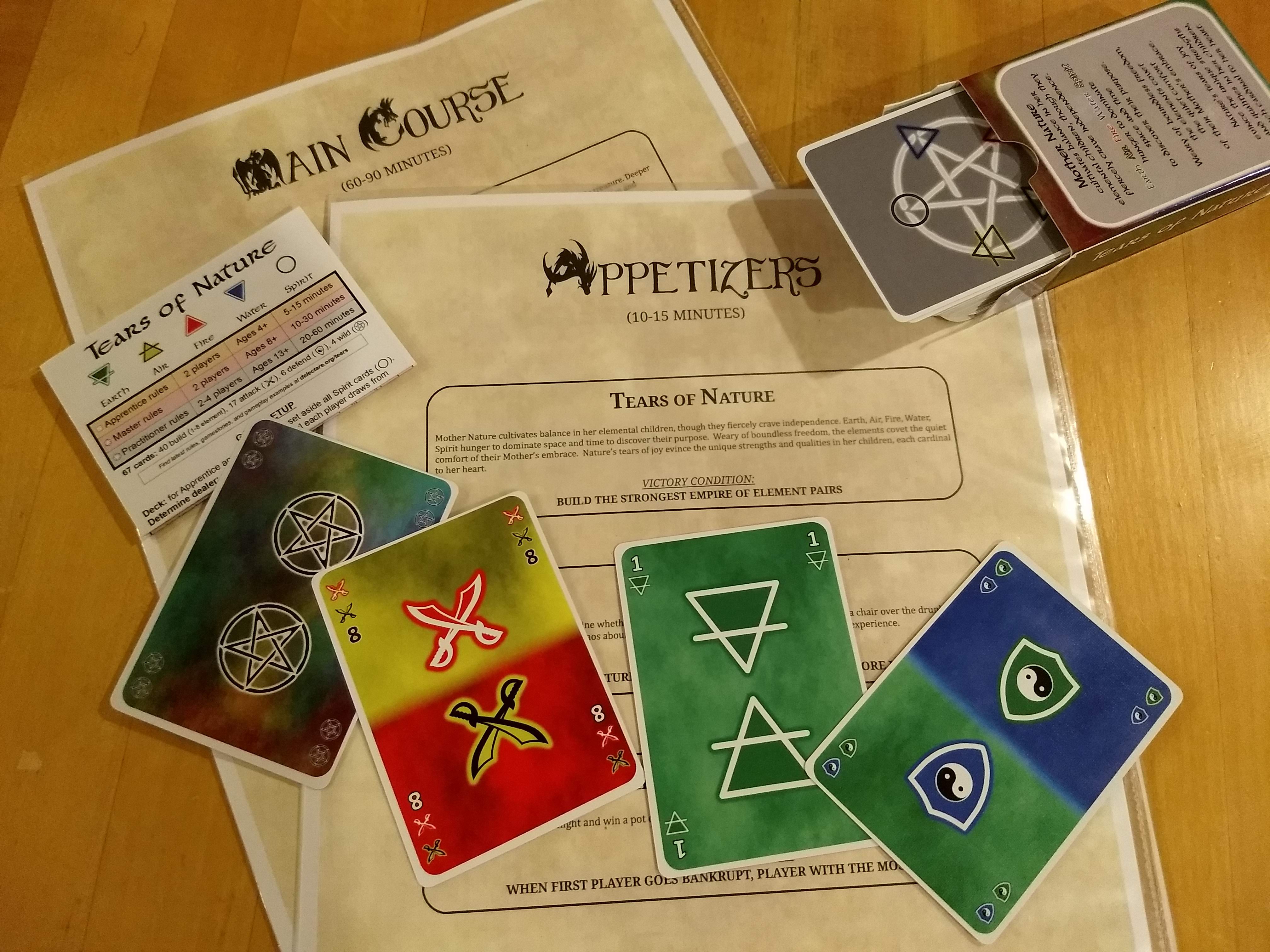 Control the elements. Build an empire. Click for Tears of Nature rules: ToN_rulebook_v1.3.1-20191223 Objective: Build an empire of elemental pairs (earth, air, fire, water). Attack the opposition to control new pairs, and defend your empire against attack! The first player to complete their empire ends the game. Victory to the […] 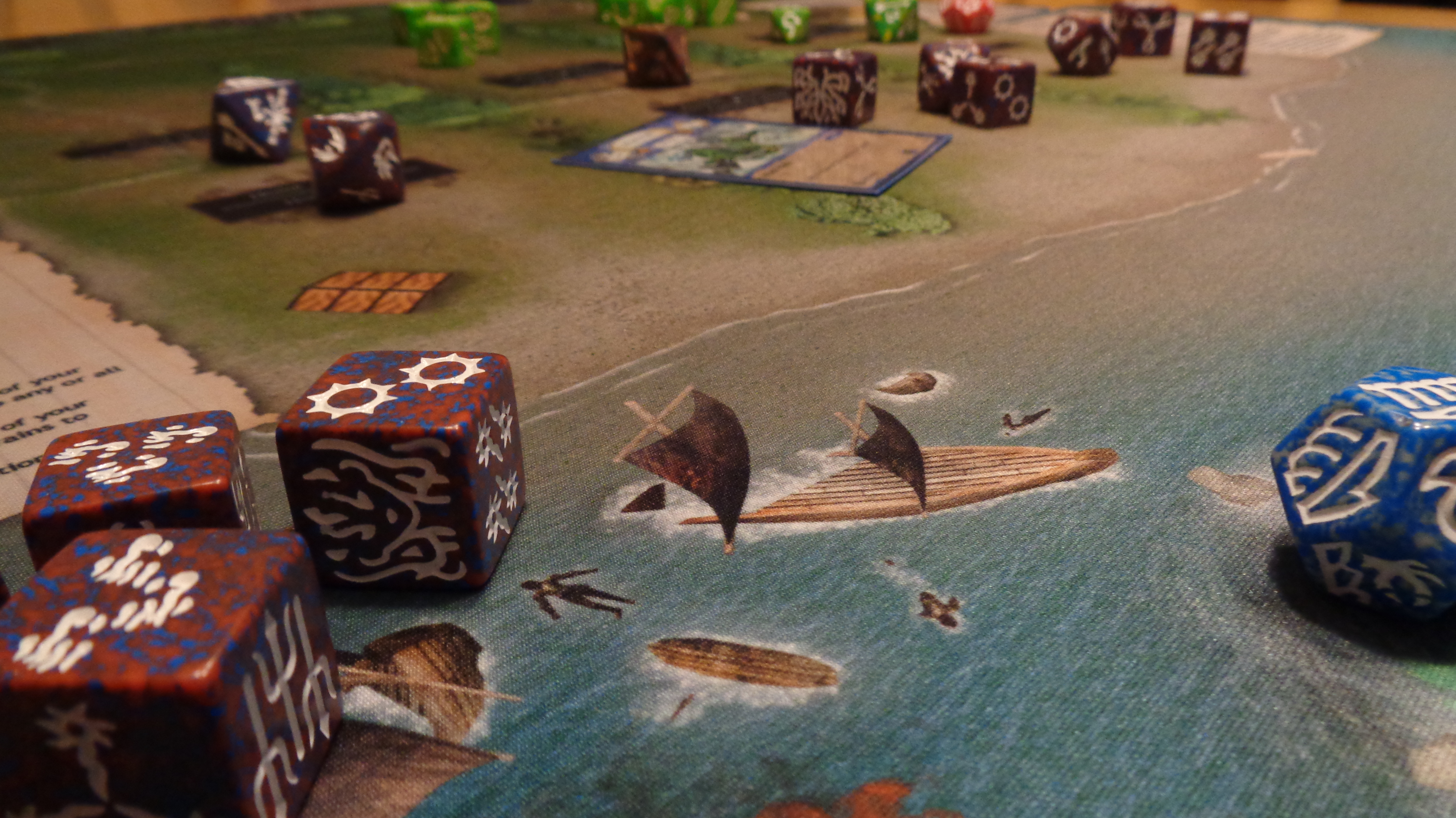 The Firewalker reentry into Esfah was drawn into the Frostwing kingdom, triggering an unexpected battle. Though victorious, the diversion decimated the Firewalker lower ranks. Fuel from the nearby forest is within reach. Their commander seeks to recruit more units for this year’s planetary games. She plans an attack at daybreak. […]

“The dragon awakens!” Rhysca startled from his slumber, his long bedraggled white beard blanketing his face. Katanya glared at him, leaning over the campfire. It was a chilly morning. The sausage teased a tempting sizzle as Katanya flipped it one last time. “You old sap,” Katanya aimed at Rhysca, who […]