“The dragon awakens!” Rhysca startled from his slumber, his long bedraggled white beard blanketing his face.

Katanya glared at him, leaning over the campfire. It was a chilly morning. The sausage teased a tempting sizzle as Katanya flipped it one last time.

“You old sap,” Katanya aimed at Rhysca, who realized their encampment was safely near the river, outside in the castle’s shadow. The castle beckoned upon the hilltop, promising within its labyrinth unyielding wealth for the brave and calculating warrior.

Stretching, Rhysca grabbed an apple from his ration bag, “meat-eaters.”

Katanya smirked, “the journey through the Kobold forest wasn’t half as treacherous as I expected. After we dispatched that annoying leader Paichia, or whatever his name is, the rest scattered. It must have been your glowing Clerical halo that scared them off.”

“Or, the fire from the flaming dagger… with which you attacked the trees?” Rhysca jabbed.

“I meant to do that,” Katanya pridefully commented.

They both finished their breakfast, untied a leather tube, and unrolled a parchment revealing a map.

“So, what’s our objective?” Katanya pinned the parchment down with some nearby rocks. 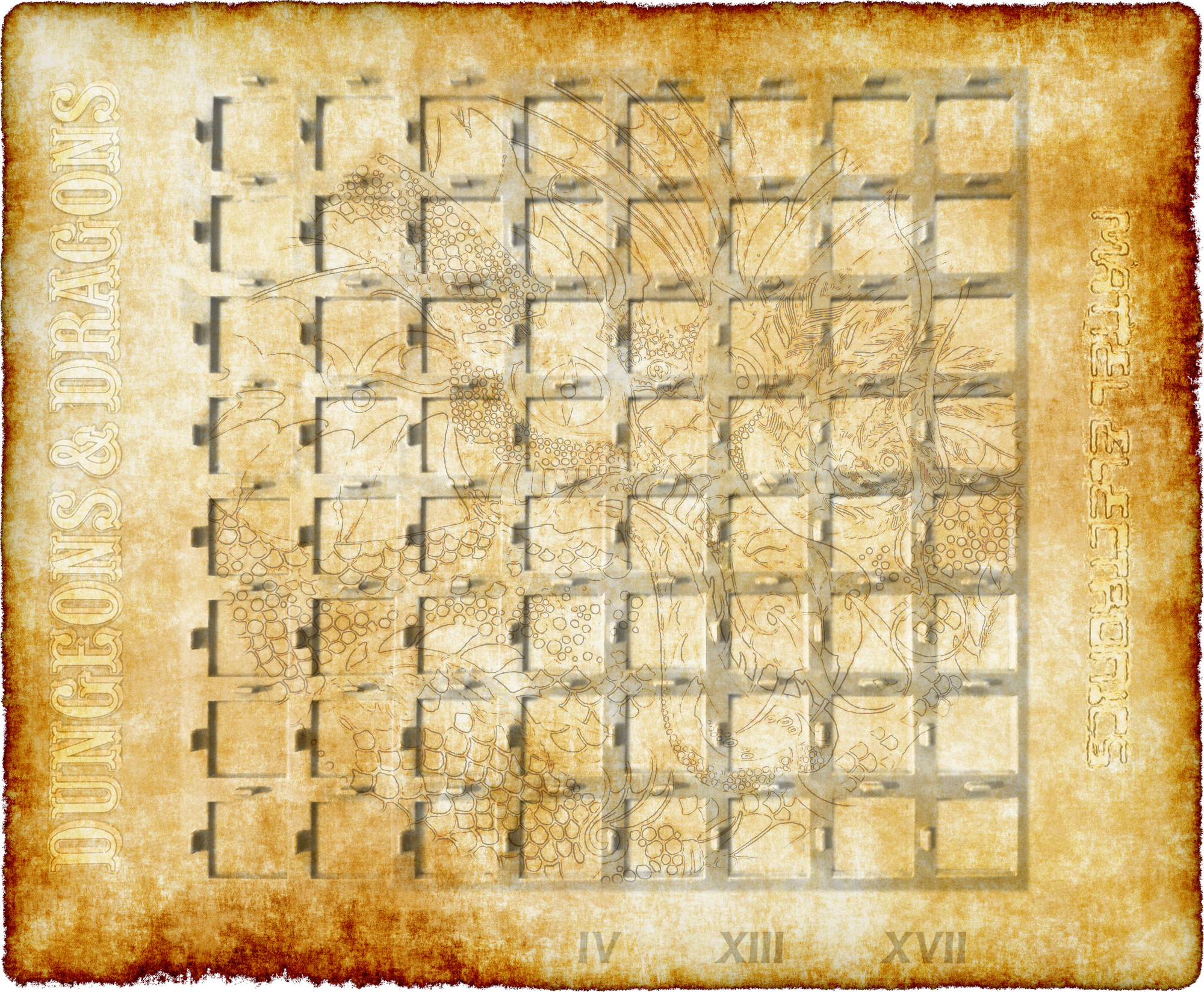 Rhysca studied the map, “artful, but this map shows a simple grid. There are no rooms or walls. How are we to use this to navigate the labyrinth?”

Katanya nodded, “the cartographer mentioned the labyrinth walls change or shift, or reset or something, and there is no ceiling. A magical arcane energy controls it.”

Rhysca, delicately, “we’re hanging bats without a strategy. How about this? You distract the dragon and I’ll take the treasure. Then we meet back here, okay?”

“Sure, leave a girl to deal with the beast,” Katanya dismissed the plan with the wave of her hand.

Rhysca took a more serious tone, “I worry more about the locked castle gates than I do about a dragon snacking on a 7th level Fighter. We have no Thief.”

“While you were dreaming about dragons, I searched the castle walls and found a hidden entrance in the trees. Behind camp next to the hill.” 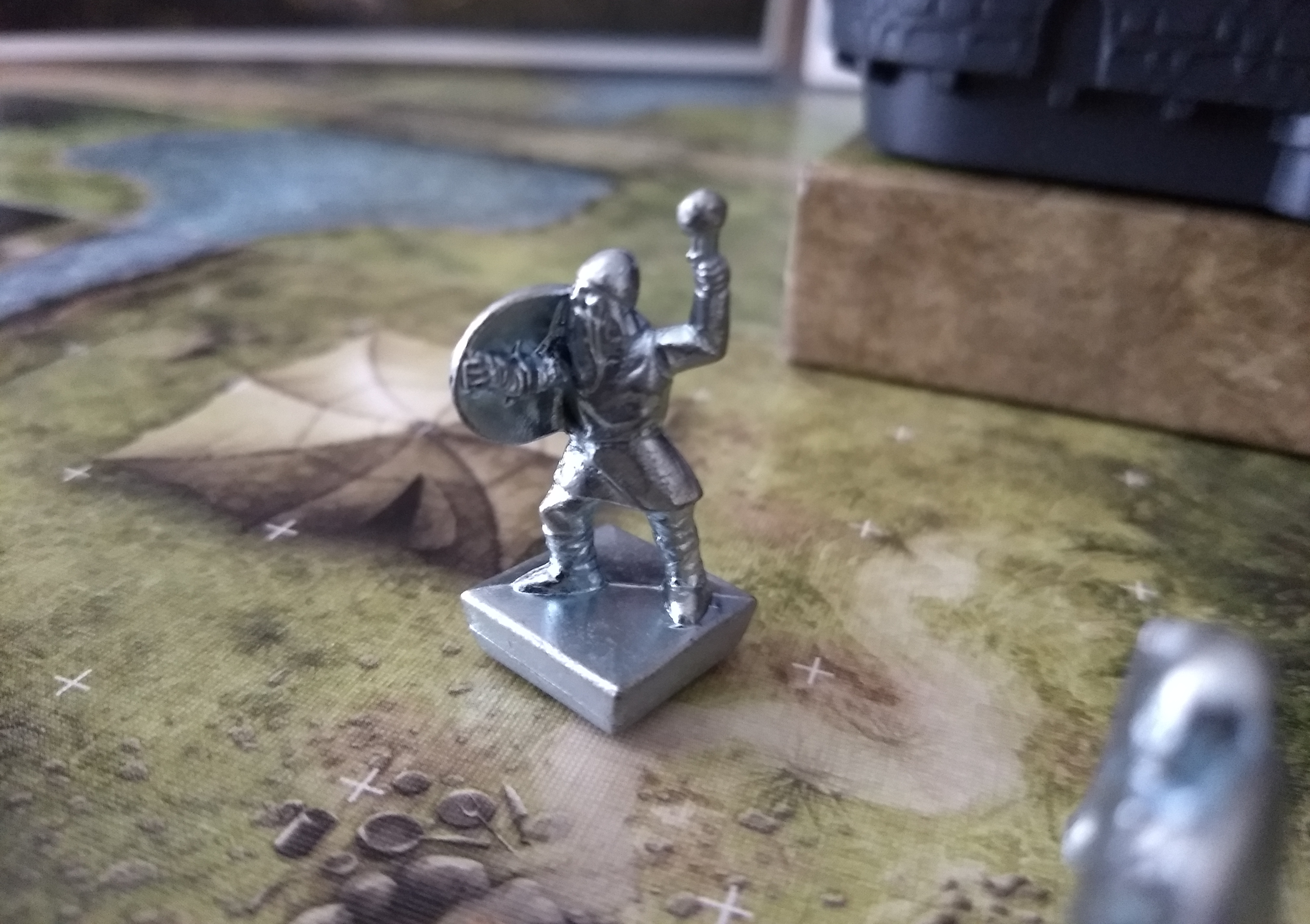 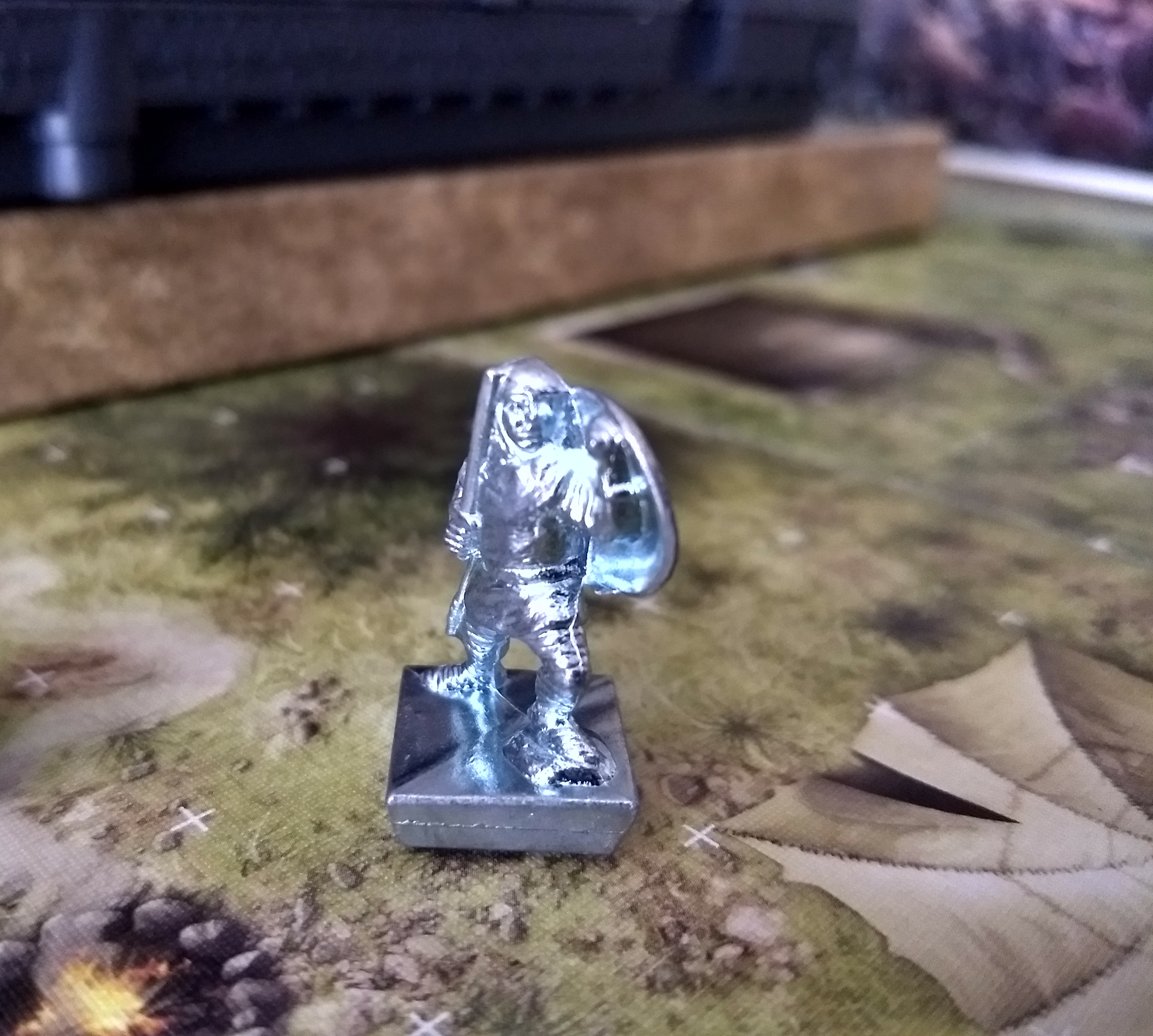 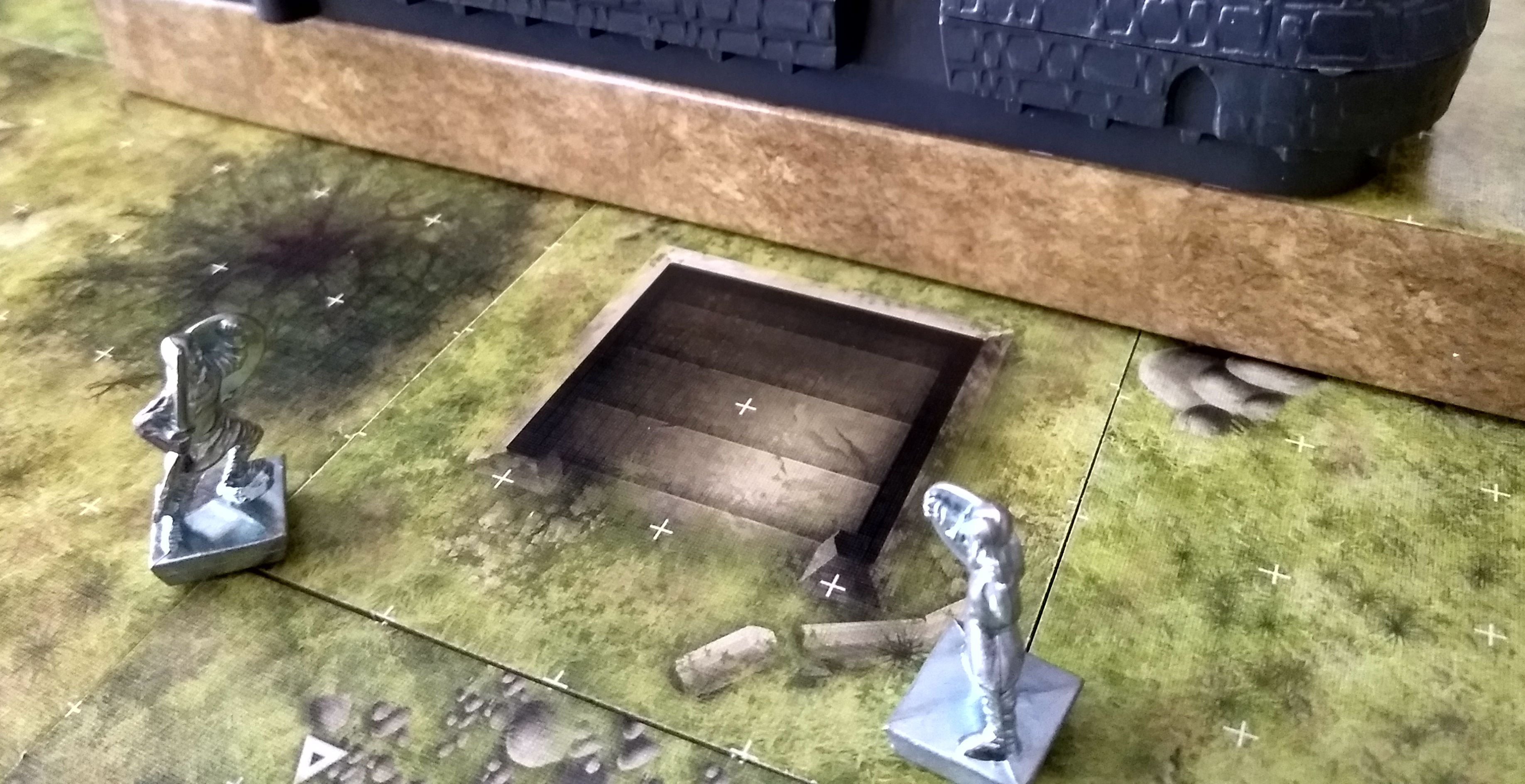 Katanya smiled, “it gets dark quickly, but I went in a ways and the tunnels branch out. They may lead to different locations in the labyrinth? Pray one doesn’t lead directly to the dragon’s lair.”

“This dragon, it’s a drake, a winged creature?” Rhysca shuttered.

Katanya confirmed, “it can fly, but legend is it’s old, hard of hearing, and pretty slow. Maybe you two can discuss your aches and pains and I’ll sneak out with the treasure?” Rhysca rubbed his back in agreement.

They stepped into the underground entrance, and walked through dark, damp, and cold tunnel passages, winding left and right with numerous intersections, stairs, and boulder obstacles.

Katanya noticed ahead the silhouette of a ladder, “looks like a way up.”

But there was no response. Rhysca was nowhere nearby. She continued to the ladder and climbed cautiously. Katanya surfaced in a massive empty cavern. Lit by the fire of her lantern, she could see about 40 feet before the light fell into darkness, hearing alone the echoes of a bubbling fountain. The floor was lined with a hint of corridors, but she could see no walls. Giant spiders flashed in the shadows. Katanya froze in solemn fear.

“Rhysca, are you here?” Her voice spiraled infinitely upwards. 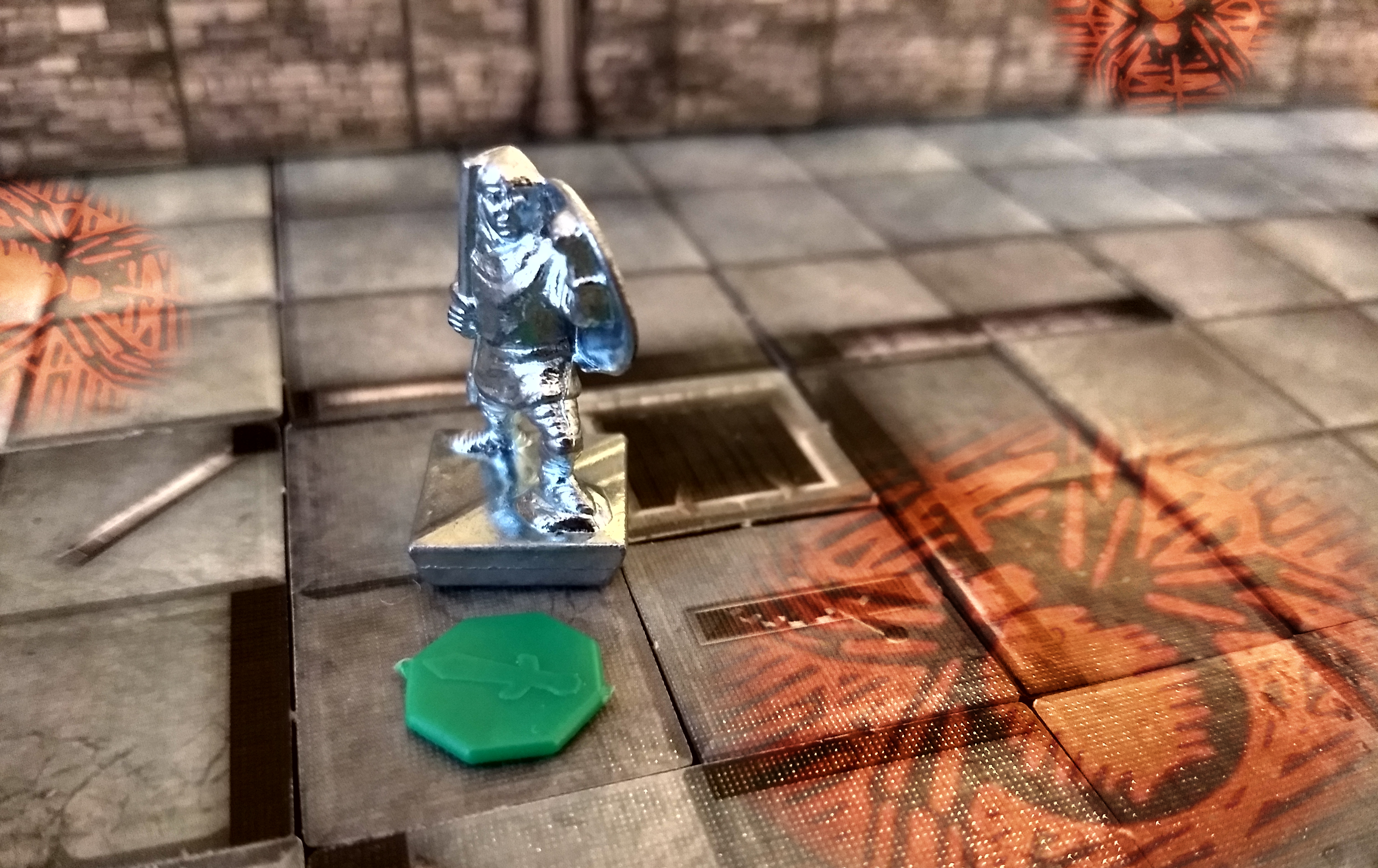 Rhysca had lost his sense of direction, navigating toward the muffled echos of rushing water. As he neared, he noticed a waterfall falling diagonally up. A strong gust of wind swiftly pulled him into the water. Flailing to find the surface and gasping for air, he found himself standing half-submerged in a pool of calm bubbling water, a quiet fountain. Alarmed, Rhysca jumped out and the water instantly repelled leaving him dry. Curious. Ghostly images of dire rats grew from the floor. 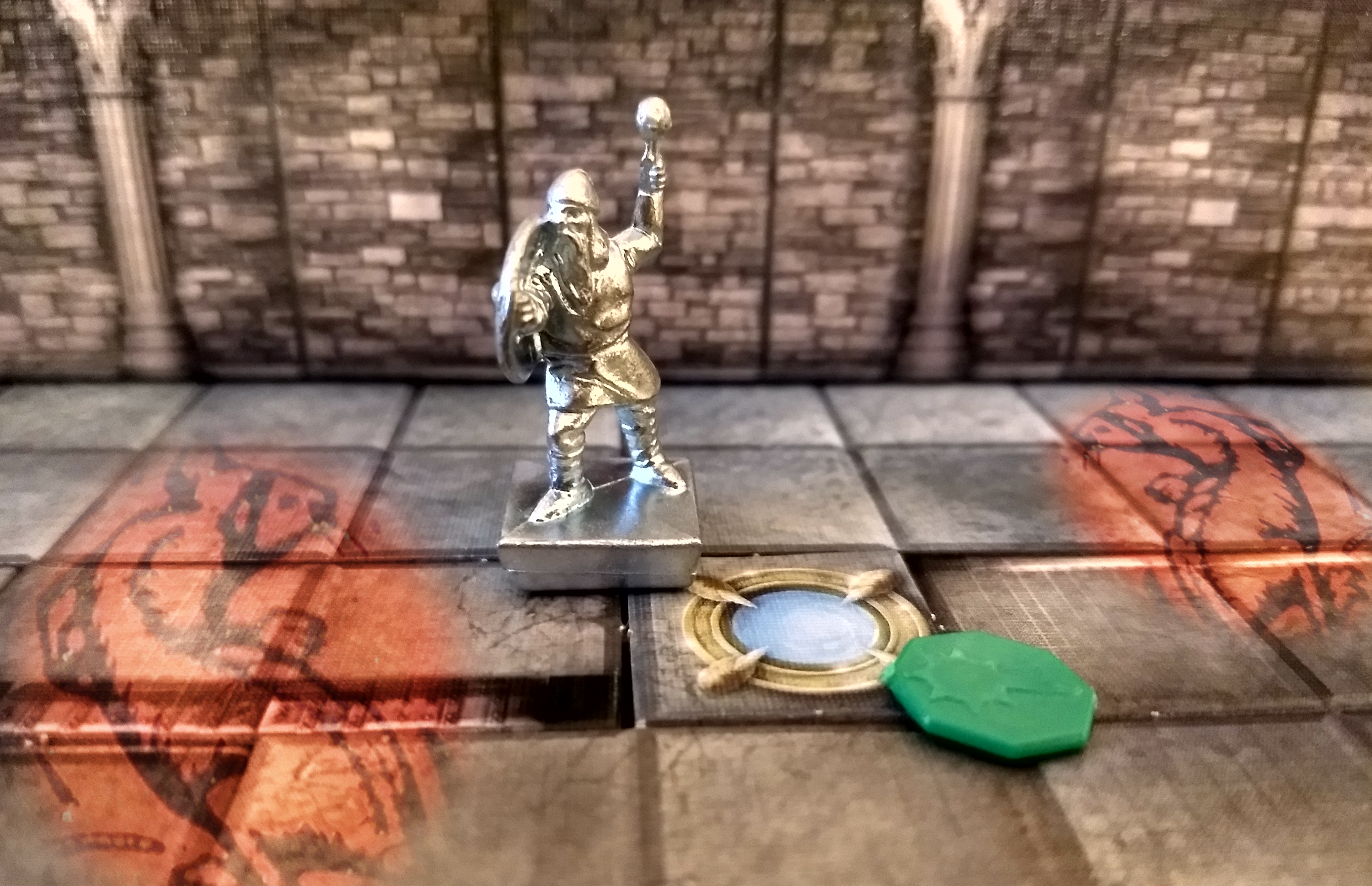 Rhysca turned and saw Katanya standing amidst a large, empty cavern. He walked toward her but was knocked back, “what in the realms?”

“Same thing happened to me. There are definitely walls here, but they’re invisible. If you try to pass through they push you back. To keep from constant fumbling, I’m drawing the walls on this map.“

“Good idea,” Rhysca hesitated, “can you also mark these ‘portals’ on the map in case we need to leave in a hurry?”

They spent some time wandering around the labyrinth, bumping into walls, marking the map, and nervously distancing themselves from their portals.

“Maybe we should slow down a bit,” Rhysca exclaimed.

“I’d like to find the treasure and get outta here,” Katanya hastened as she stepped clumsily into another invisible wall. “On second thought…” 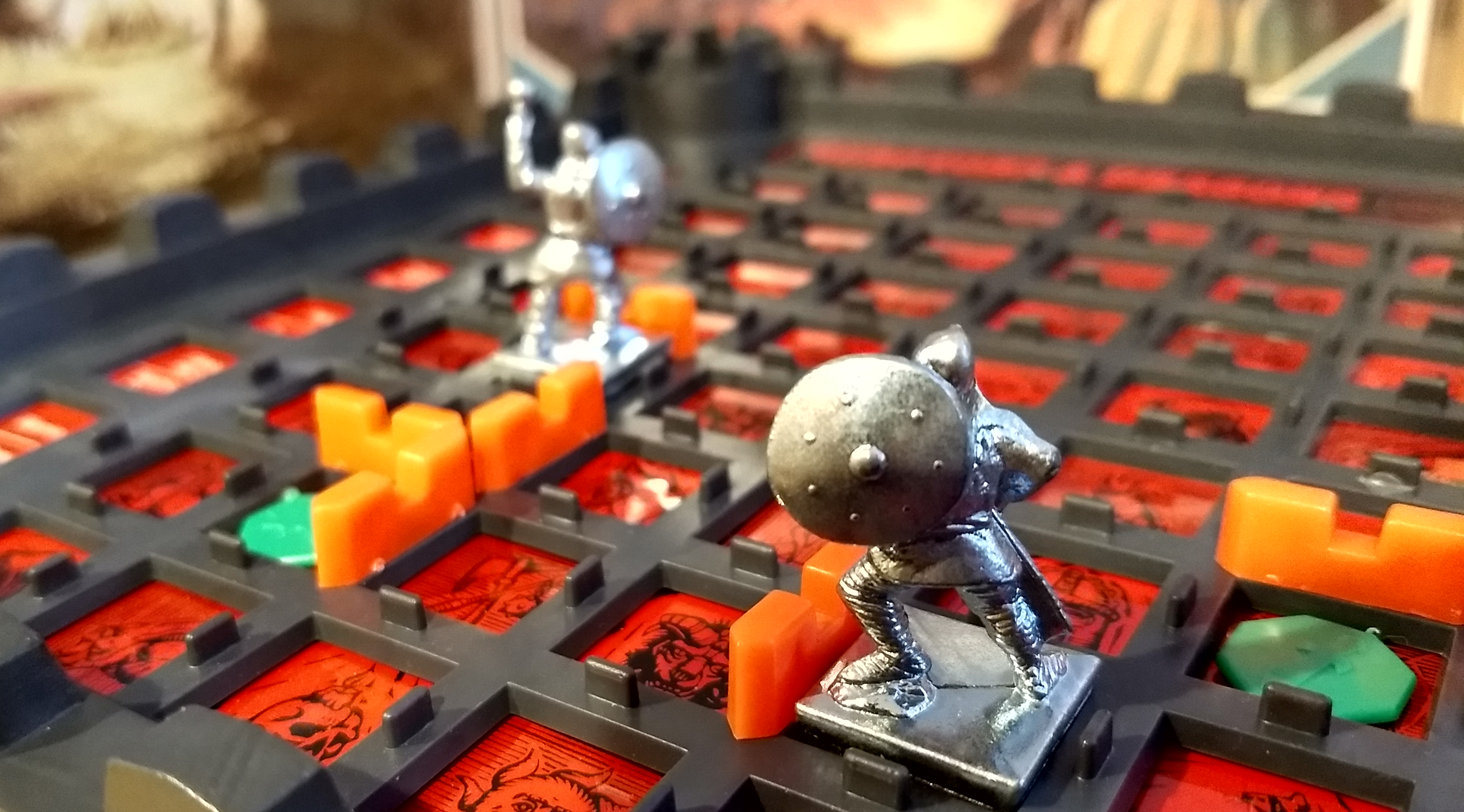 Their search was tedious and exhausting, systematically mapping the path forward. Wondering if their search for treasure was in vain, Rhysca and Katanya became complacent. They recalled their discussions with the townsfolk.

“Rhysca, didn’t the magic shopkeeper indicate hidden doors in this labyrinth? I haven’t yet encountered one.”

“Ya, he said they’re enabled using an incantation or spell of some kind at the castle entrance. Rumor is it doubles the treasure. Maybe there are lost manuscripts or clues on the map to decipher it?”

“When we get through this, I’m more closely studying the map. I know we can beat the labyrinth’s greatest challenge.” 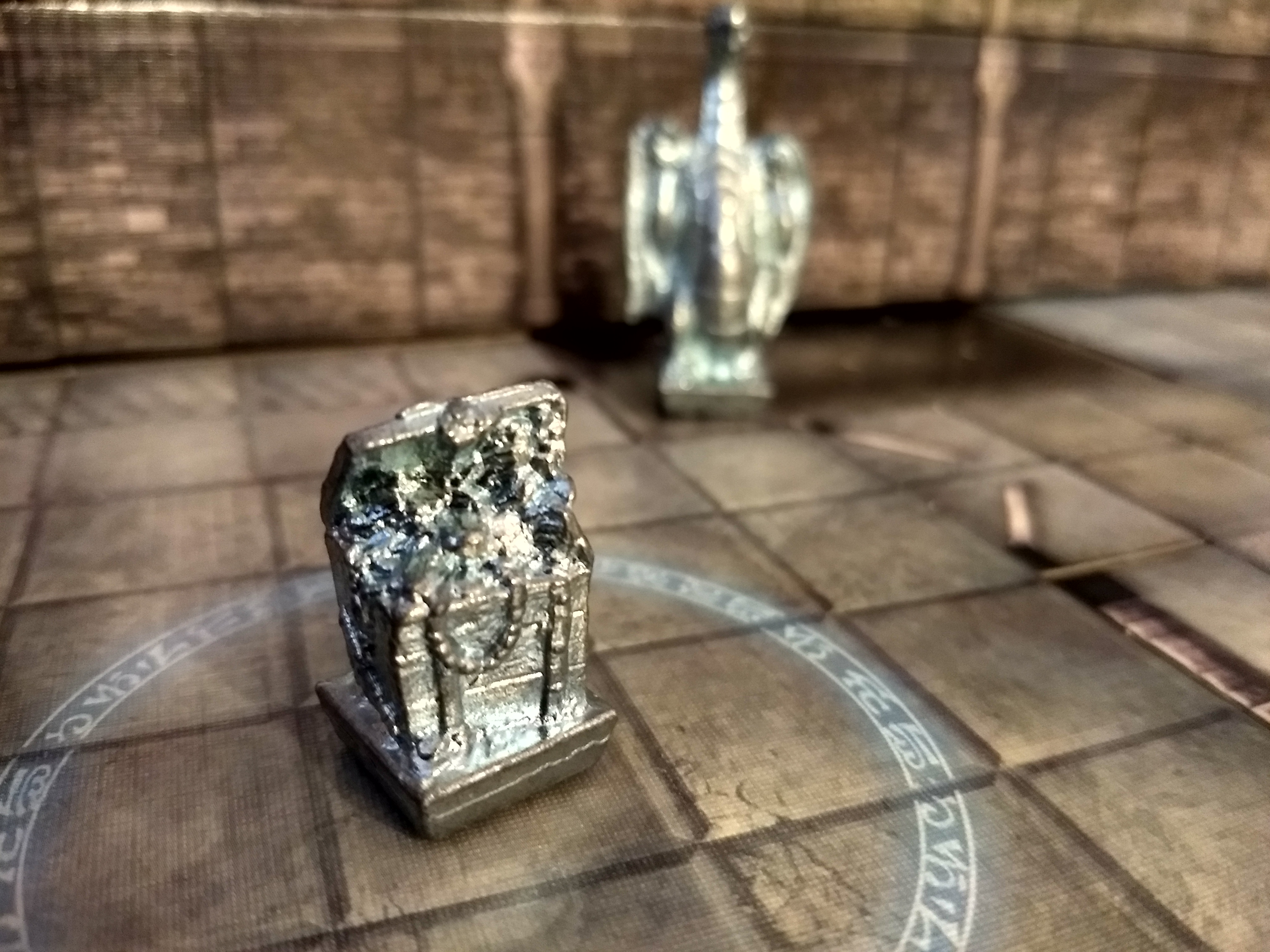 Their idle conversation was interrupted by the slow, deep roar of an ancient dragon. “Dragon!” they both shrieked.

The labyrinth filled noticeably with the pulsating current of dragon flight. They desperately looked around, but saw nothing, their imaginations usurped by defeated burning corpses and brittle skeletons.

“Neither can I! Get back to your portal!” Katanya reversed course.

“What were we thinking?” Rhysca thought to himself. 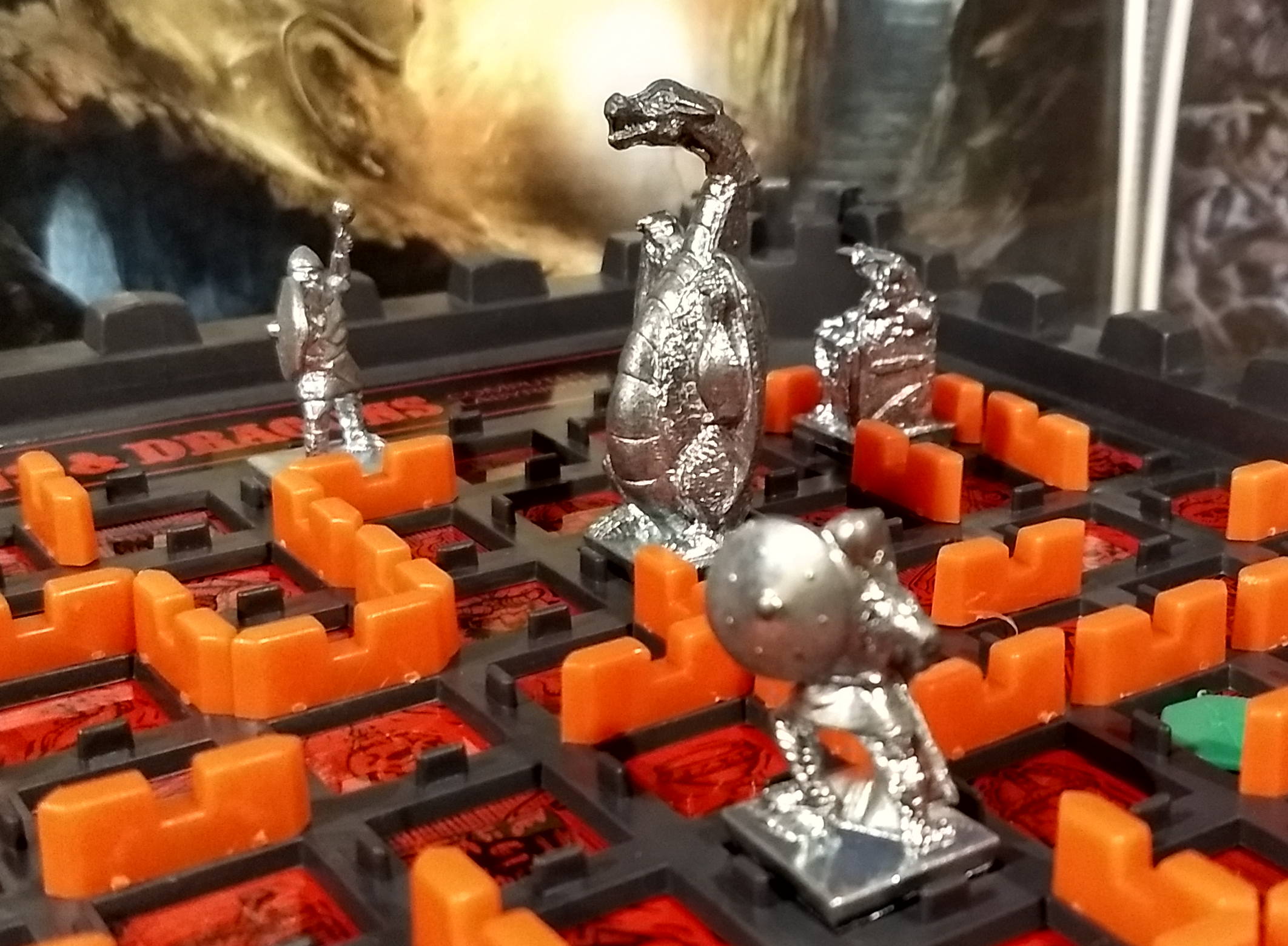 “The portal door won’t open! I can’t get out!” screamed Katanya.

“Feels like it’s right on top of me!” Rhysca shot back, as he struggled to find his way home.

“Get back to your portal, Rhysca!”

“Ahhhhhh!” The dragon swallowed Rhysca, who suddenly found himself again standing in the fountain, half-submerged. He desperately jumped on the floor hoping to break through, managing only to shower the cavern floor.

“I was just eaten by that thing at the other end of the labyrinth! Did you see what happened?”

Rhysca stood dead still hearing only his own panicked breath, and the quiet bubbling fountain.

Some time passed as the warriors calmed.

“This place is hauntingly quiet,” Rhysca broke the silence.

Katanya listened a few moments longer, “I don’t hear the dragon at all. I can’t believe you’re alive! I could see you running around, and could hear the dragon. Then your lantern… it just shut off, like it was snuffed out, and you appeared back at your portal.”

“I couldn’t see the dragon at all, and panicked just running around. I did get a glimpse of the treasure, though… and then the inside of the dragon’s head. I was in complete darkness and its teeth sunk into my leg. That was pain, like the Ettin that crushed my arm in the level 4 Dungeon. Thanks for being there for me. Anyway, I feel pretty good now. Super-tired, but not bleeding anywhere.”

“Okay. Maybe we get a second chance here.”

The warriors could rest and think to solve this labyrinth.

Encouraged and motivated, Katanya carefully stepped away from her portal. The dragon’s winged flight whooshed in her vicinity. She stepped back immediately and everything again fell silent.

“Woah! Just now I could hear the dragon when I stepped away from my portal.”

Rhysca took a deep breath, “there is far more to this place than meets the eye.”

Katanya anxiously, “so you saw the treasure?”

“Glistening in the fire-light, it’s exactly what I imagined. So full the chest lid can’t close.”

Their imaginations filled with the promise of fierce treasure, durable armor, and resilient weapons. 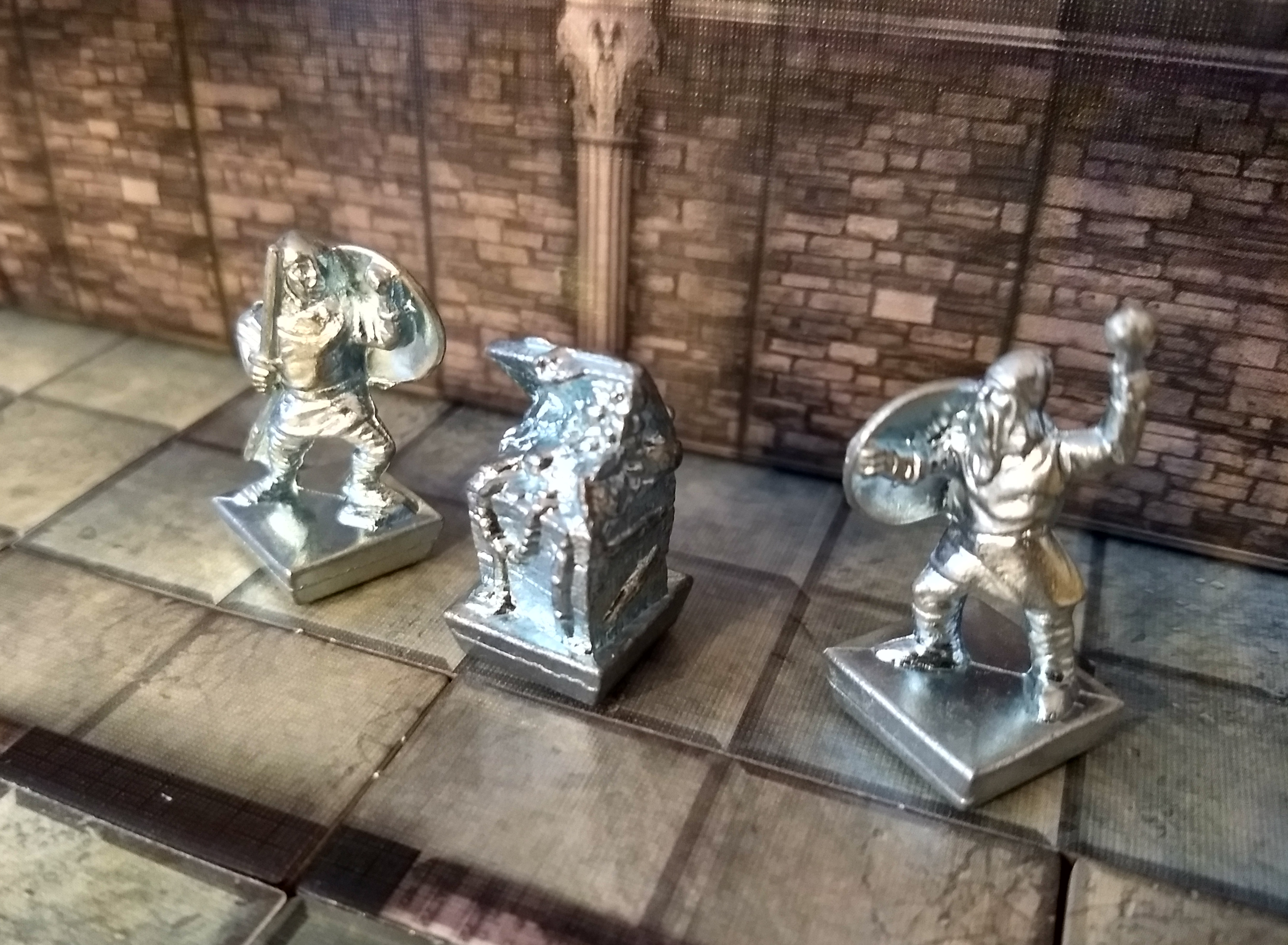 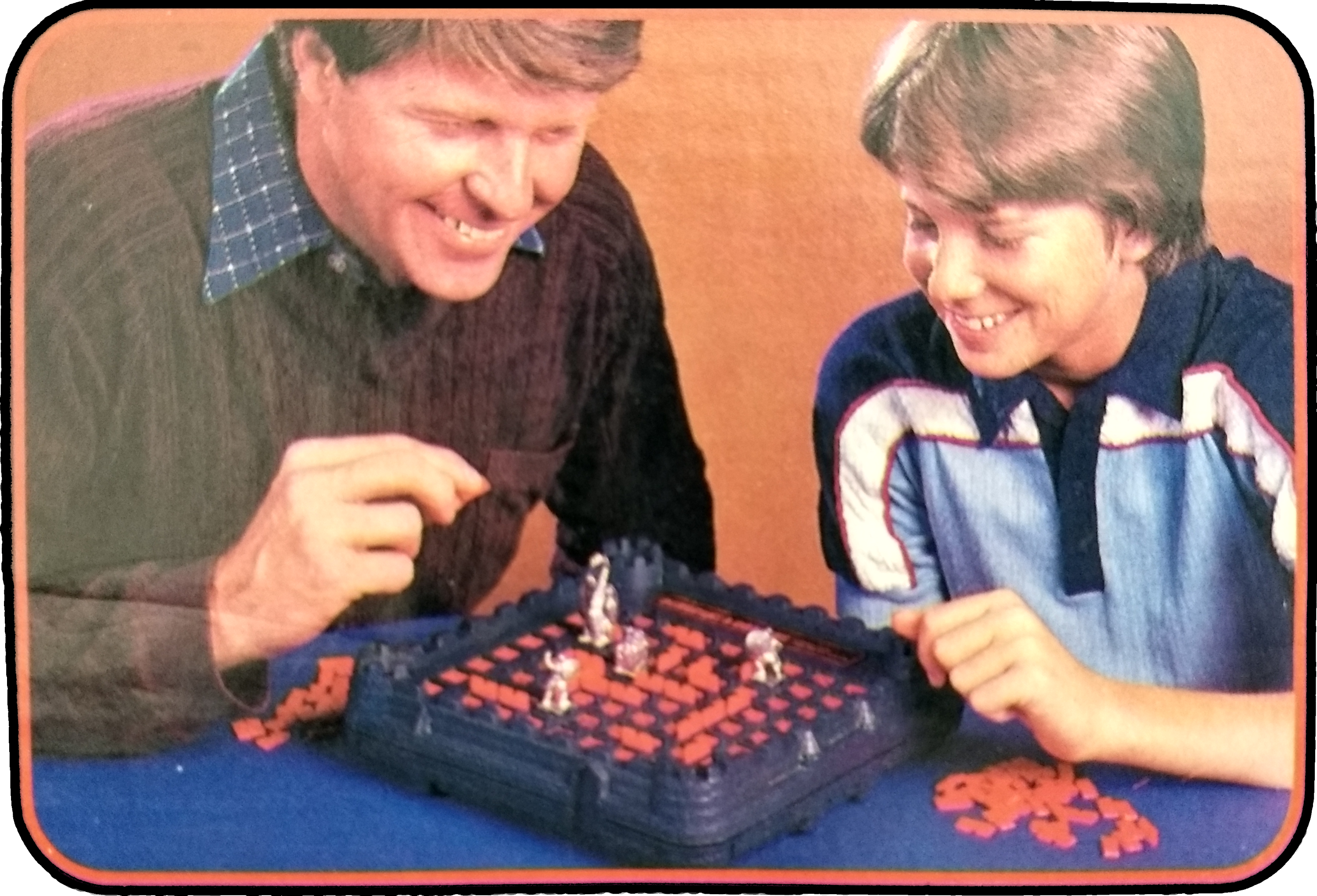